Is the Enzyme eNampt the Future of Health and Longevity?

Is the Enzyme eNampt the Future of Health and Longevity?
A recent study out of Washington University School of Medicine in St. Louis has uncovered a compelling mechanism that could delay the inevitable and deleterious effects of aging. Previous research has determined that a decline in NAD (nicotinamide adenine dinucleotide) is a major contributor to accelerated aging and chronic disease development.
As NAD can reduce the effects of cellular aging, thereby reducing the risk of chronic disease and increasing lifespan, maintaining elevated NAD levels has become a goal of every longevity researcher, biohacker, and anti-aging enthusiast.
While there are a couple of well-established ways to increase lifespan through elevated NAD levels in yeast and animal studies, the research team on this study has discovered a new method, using eNAMPT. In this article, we’ll discuss the initial findings, as well as what eNAMPT is and what you need to know about this anti-aging enzyme.

NAD+ and NMN: A Review

It’s well known that NAD is necessary to fuel every cell in our body; however, levels of NAD decline with age. Also referred to as NAD+ when it’s in its oxidized form, this coenzyme is one we literally cannot live without.
Other than fueling cellular metabolism, another crucial action of NAD+ is its ability to activate sirtuins, which are a family of proteins that slow down the aging process — so much so, that they are nicknamed the “longevity genes.”
However, you can’t take NAD+ as a supplement, as it would break down in the digestive system before your cells were able to use it effectively. Therefore, its precursors are often used to boost NAD+ levels. The two leading NAD+ precursors are NMN (nicotinamide mononucleotide) and NR (nicotinamide riboside), both of which have been shown to increase NAD+ levels in cells and tissues.

Another lesser-known mechanism that boosts NAD+ levels is eNAMPT (extracellular nicotinamide phosphoribosyltransferase), another enzyme that is plentiful in youth but declines throughout the aging process.
Researchers at the Washington University School of Medicine found that eNAMPT increases NAD+ levels primarily via its actions on the hypothalamus, which is the body’s control system for many crucial processes, including aging, thirst, hormonal balance, and the circadian rhythm.
After being released from adipose tissue, eNAMPT travels to the brain and other tissues, where it internalizes into cells and produces NMN, which can then be converted into NAD+.
Note that eNAMPT is one version of NAMPT; the other form is iNAMPT, indicating it is intracellular, while eNAMPT is extracellular. Both forms can synthesize NMN and are found in various tissues, including the skeletal muscle, brain, kidney, liver, and adipose tissue.
Being extracellular, eNAMPT is carried by extracellular vesicles, or EVs, which are membrane-coated nanoparticles that function to deliver signals and molecules throughout the body. EVs are found circulating in the blood, which is what the researchers in this study used to increase eNAMPT in older mice.

The study, which was published in June 2019 in Cell Metabolism, aimed to determine if supplementing older mice with EVs containing eNAMPT was able to effectively boost NAD+ levels and improve markers of health and aging.
Shin-ichiro Imai, MD, PhD, the research team isolated eNAMPT-containing EVs from the blood of young mice and supplemented them to aging mice. In an additional experiment, the researchers genetically engineered some of the mice to continue producing the higher, youthful levels of NAMPT in their adipose tissue as they aged. 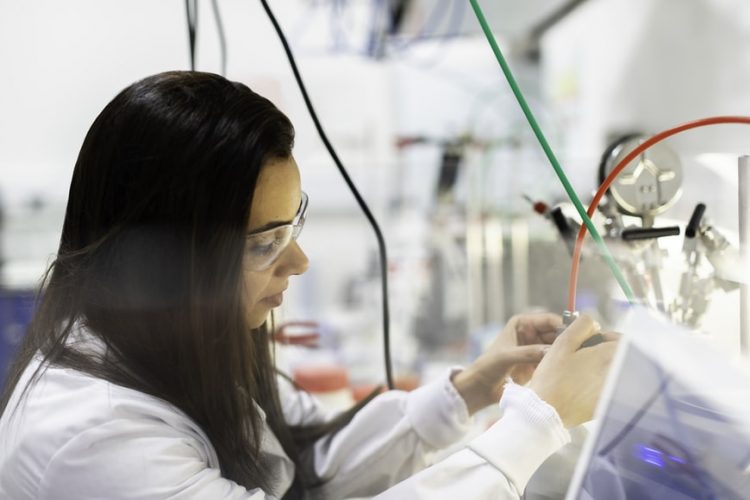 Compared to the control mice, the aging mice who received eNAMPT and the genetically engineered mice had overwhelmingly positive results, including improvements in:

・Lifespan, which was extended by 16%
・NAD+ production in the hypothalamus, hippocampus, pancreas, and retina
・Endurance, measured through wheel-running activities
・Sleep quality
・Vision, through better functioning of photoreceptors in the eyes
・Cognitive functioning, through increased NAD+ in the hippocampus

Interestingly, there was a difference amongst sexes: Female mice with higher eNAMPT experienced longer lifespans and delayed aging symptoms for longer than male mice.

Overall, however, the eNAMPT-supplemented mice were more youthful, energetic, and overall healthier than the control mice. These results are encouraging, as declines in energy, vision, and cognition are increasingly common age-related symptoms. Restoring these dysfunctions through the upregulation of eNAMPT could result in a healthier aging process.

Both forms of NAMPT are necessary components of the NAD salvage pathway, an internal recycling program that produces NAD+ from unused forms of niacinamide (also known as nicotinamide or NAM), including NMN and NR.
After the body uses a molecule of NAD+, the leftover component is NAM. The NAD salvage pathway reuses it to create more NAD+ and is dependent on the activity of NAMPT. Thus, NAMPT is thought to be the enzyme responsible for controlling NAD+ levels in the body.
Maintaining eNAMPT expression is linked to increased longevity and improved health outcomes. Because the hypothalamus is partially controlled by eNAMPT, a decline in eNAMPT levels may lead to hypothalamic dysfunction, which accelerates the aging process.
As eNAMPT levels decrease, NAD+ would also diminish, leading to the underactivation of sirtuins, the longevity-regulating proteins. 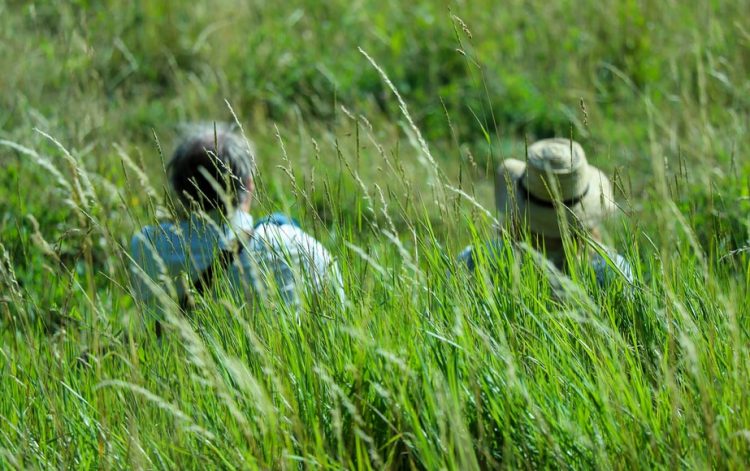 How to Upregulate eNAMPT

Similar to NAD+, there are no supplements of eNAMPT. However, there are a few ways to activate and upregulate the production of both forms of NAMPT.

Although NMN does not convert into eNAMPT, NMN does directly enter cells and convert into NAD+. Through the NAD salvage pathway, any unused components of the NAD+ molecule could be recycled, thus continuing the feedback loop and providing additional fuel to maintain the production of NAD+.

In some research, resveratrol and anthocyanidins have been shown to increase NAMPT levels, both of which are found in red grape skins. Anthocyanidins are polyphenols that function as antioxidants and are found in plants with red, blue, or purple pigments.

In addition to supplements, some lifestyle interventions that can increase eNAMPT. Fasting or caloric restriction can upregulate eNAMPT, as well as sirtuin function and mitochondrial efficiency. Exercise has also been found to increase eNAMPT expression in the skeletal muscle.

A recent study discovered that the enzyme eNAMPT could effectively increase NAD+ levels in mice; NAD+ contributes to health and longevity when its levels are maintained throughout the aging process.
In the study, aging mice who received blood with eNAMPT from young mice saw significant improvements in lifespan, cognition, endurance, vision, and sleep quality.
Although no eNAMPT supplement exists, fasting, exercise, and resveratrol supplementation may boost levels naturally.